Hidden spy camera technology has evolved stunningly over time as we’ve progressed from bulky basic objects to motion-activated spy cameras. You can never go wrong with taking some extra effort to improve your security. From the times of grainy footage that could only be seen in the best light to modern times, plenty has been added to the spy camera over time. Some cameras are smaller than your pinky while others could easily be confused with household objects.

Regardless of what a camera looks likes there are a few features that set the baseline for what you should look for in a hidden camera. A solid recording time, battery life, and visual resolution are always important. At the end of the day though motion detection often decides the true value of a home security setup.

What is a motion-activated camera? 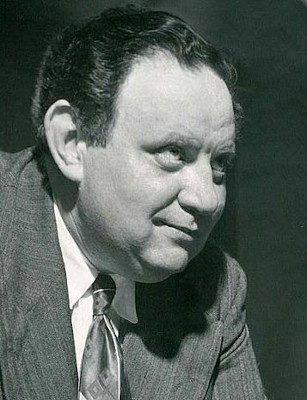 The motion sensor was invented by Samuel Bango in 1950 when he discovered a way to use ultrasonic waves to detect things that couldn’t be heard. Using the principle of the Doppler Effect motion sensors pick up movement by noticing changes in the environment. After this, it wasn’t long before the motion-activated camera was born.

By combining motion detection with cameras you can save power by making cameras only record when motion is detected. Different motion-activated cameras sometimes use different methods for detection. However, the modern method basically boils down to matching up sequential images to identify changing pixels.

We’ve looked through the competition to put together a list of affordable motion detector spy cameras that will help you get ahead of any negative elements. 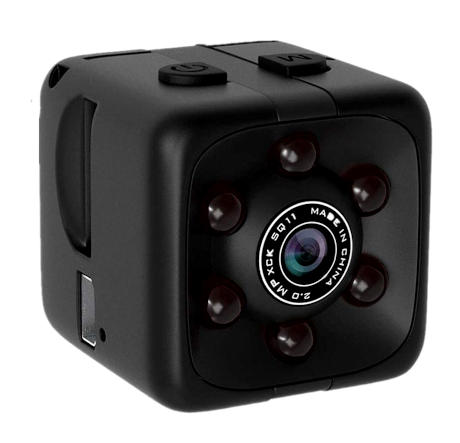 Tiny enough to balance on the tip of your finger this unassuming motion-activated hidden camera is versatile enough for a variety of uses. Under an inch long it shouldn’t be too difficult finding a place to hide this little guy. Thanks to motion-activated recording the camera will only start recording when motion activates it. This goes a long way into maximizing its recording time. Due to its small size, you can’t expect that great battery life. You might be surprised to find that you can still get 100 minutes of recording time at maximum settings. Speaking of settings, this model can switch between 720p and 1080p recording at 30 fps. Pretty remarkable considering you can find these priced around $20. That puts it on the lower end of the spectrum compared to most motion-activated cameras.

With high-resolution recording, you can also look to enjoy 140 degrees of wide-angle vision to minimize blind spots. Even at night, this camera is still reliable with about a 20-foot depth to its infrared night vision sight. All footage is stored straight to a T-Flash card which can be found separately in up to 32 GBs. With its size and included clip accessories, you won’t find many better options for filming outdoor sports. 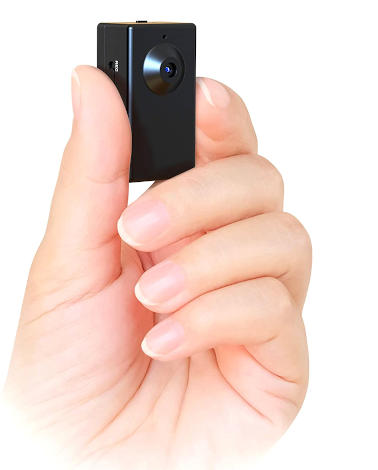 Keeping a low profile is often of the utmost importance when it comes to any motion-activated camera. This model from ALIWEST is just about a low profile as you can go. With its half-inch height being its largest aspect the inconspicuous design resembles a domino. Towards the top, you can find a tiny camera lens along with minimal buttons on the sides. Going along with its minimal size the standard price for this model is $30. Allowing it to sit comfortably among the cheaper hidden motion-activated cameras. When it comes to the video though it hangs with the best producing 1080p footage.

At the touch of a button, you can decide between motion-activated and continuous recording. The viewing angle for the lens here is only about 66 degrees however so you’re pushing the low end there. One highlight you might enjoy, however, is this spy camera doesn’t require WiFi to operate. Instead, it stores up to 90 minutes of video on to an up to 64 GB SD card. This time is only limited by the battery life of the 380mAh rechargeable battery inside. This camera can continuously record as long as you have space while attached to a power source. You won’t find many better cameras for simply getting the job done. 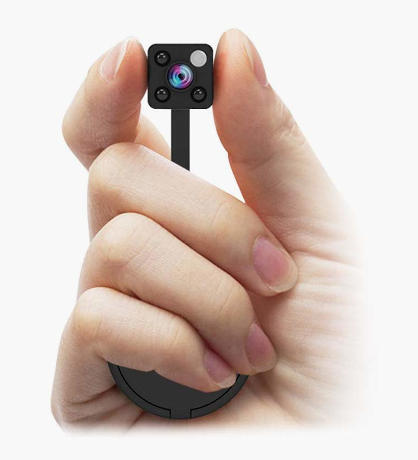 If you don’t mind spending a bit more money to have a motion-detector spy camera that changes the game Relohas has a tiny little option. Just as small as the last two if not smaller it’s remarkable what they managed to fit inside. This lilliputian cube sports a 1080p HD high-resolution camera for crystal clear footage. Thanks to its zoomable design you can hide this camera just about anywhere. It has a leash that extends up to 9 inches along with a hook function and strong sticker.

Once you’ve found a creative place to put it you’ll have multiple ways to store as well. Stream footage to a device or save directly to an internal micro sd card. This model is also capable of full-time recording, timed recording, motion detection recording, and remote recording. You should also appreciate a 140-degree viewing angle which puts it toward the top of the competition. Night vision also helps to add value with automatic or manual controls. You’ll also find multiple settings for motion detection so you don’t waste battery life. Though with about 10,000 hours per charge that isn’t too much of an issue. Priced at around $55 the value is definitely there.

Can I use a spy camera without WiFi?

It depends on the camera you purchased. WiFi is becoming more and more of the norm but you can find many spy cameras that operate without it. As long as a spy camera saves to a memory card it can probably operate without WiFi.

How long can a hidden camera record?

This also depends on the model with most of it depending on the battery life and storage capabilities. As long as a camera uses an outside power source and has a place to store the footage it can record indefinitely. Investing in battery life is the best way to ensure you can record for a long time.

How to Level Ground for Pools

How to Drain a Pool