How to find hidden cameras?

As the world’s technology continues to increases in potency knowing how to find hidden cameras is becoming a modern necessity. Nobody wants to end up on the wrong side of a horror story manipulated before they know the problem. You can never be too sure that your Airbnb is playing by the rules. The problem extends well beyond Airbnb as well. In South Korea, hundreds of guests were filmed from hidden cameras in their hotel. Cameras are getting smaller and more intricate so it’s imperative that you’re aware of how to detect hidden cameras.

Besides getting smaller, modern-day security cameras can take the form of a host of different objects. You never know when a smoke detector, light fixture, USB hub, power outlet, clock, or even portrait might be staring back at you. Many hidden cameras are used for legitimate means but, how do you know when you’re being targeted? Soon you won’t have to worry as you’ll have more than enough tips to ensure your safe space. With the help of your phone and a careful viewing of your surroundings, you’ll find the hidden cameras. 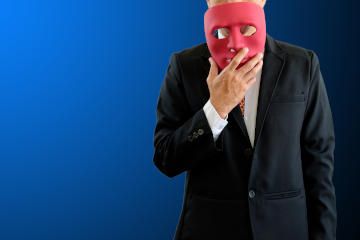 Making sure you aren’t under surveillance is all that much easier when you can assume the proper mentality. You never know when knowing how to detect hidden cameras and listening devices will save you some pain. When you enter a room you aren’t aware of like an Airbnb or new hotel assume that you’re under surveillance. This will put you in a detail-oriented focused mindstate to help you take the necessary precautions. Separate the room into quadrants from the center and comb each area meticulously. Quadrants will help you compartmentalize the information.

Start with general observations like how objects are positioned, duplicate items, or weird holes. Next, you’ll want to check every outlet and make sure your aware of what’s plugged in. Most hidden cameras require a power source. Think about what areas cameras would want to see. In front of the dresser, the bathtub, by the bed always paying special attention to chokepoints people will be forced to walk through. If there’s a mirror put your finger to it and make sure there’s a gap. If your finger looks to be touching the mirror then it’s a two-sided mirror.

How to detect hidden camera in a smoke detector

Smoke detectors have become a bit of a go-to for those trying to hide hidden cameras. They naturally work quite well for surveillance with their overhead position. There’s also the red or green light that looks oddly like a recording camera. It’s hard not to be suspicious of a smoke detector once you know what to look for. Be wary if there are more than two smoke detectors in a room. A second smoke detector doesn’t ensure that it’s a camera, but if they are different models you should certainly investigate. You’ll also want to look for suspicious holes in the ceiling. A new installation could have been required to install the camera.

Every hidden camera needs a power supply so wiring leaving the smoke detector is a red flag. Long term smoke detector cameras have to transmit their data so for those you will need an RF detector (A radio frequency detector). With this, you can scan for radio waves transmitting the information to find hidden cameras. Most commercial spy devices transmit between 500 MHz and 6 GHz. You can find RF detectors around $100 that will find the majority of spy devices. You should spot any standalone device by its wiring due to battery life. However, you can also purchase a camera lens detector to be absolutely sure.

How to Scan for networked cameras

Even if you think you have cleared the area there’s often another way to find hidden cameras in the modern age. The invention of the internet is a gift and a curse for snoopers with WiFi streaming their footage. On the other hand, it’s pretty hard to hide a network and you can spot the perpetrator if you know what to look for. The first thing you’ll need is an app like Fing on your phone that you can use for device and port scanning. You can find options for both iPhone and Android. You are going to want to find all the devices connected to your local network.

Disconnecting all of your devices except the one you’re using first is recommended. Once you have minimal devices connected you’ll use the app to scan for any devices connected to the network. Look out for names of known camera manufacturers like Arlo, Wyze, and Nest or any listing similar to “IP Camera”. If you don’t find it, take stock of the devices connected and identify them. Jot down any suspicious IP addresses and then you’ll use the “Find Open Ports” feature. Once the list is shown lookout for RTSP or RTMP for streaming video. Any HTTP or HTTPS service should be capable of being found in a browser. Just type out the IP address and the port listed separated by a colon.

There’s no simple answer to this question other than that a lens is always required. Learning how to detect hidden cameras can be quite difficult with options as tiny as a screw before delving into professional spycraft. Often the best-hidden cameras are camouflaged within mundane objects. Clocks, outlets, books, flower planters, and photographs are all popular places you can find a hidden camera. If you ever see a lens surrounded by infrared lights you should also be wary. Many spy cameras use these to detect objects in the dark.

How Do Hidden Camera Detectors Work?

Because of all the options for hidden cameras, there are also a variety of ways to detect them. A phone can be a simple detection device for cameras with infrared lights. First, figure out which camera detects infrared with a remote control aimed at your phone camera. Once you know the side to use turn off the lights and look for glowing lights.

RF detectors work by scanning for radio frequencies while camera lens detectors search for reflections. Scanning the wall in a method like you’re painting with these is the best way to use them. Finally, you can also find cameras with thermal detection. Most cameras put off a decent heat source you can detect.

How to Level Ground for Pools

How to Drain a Pool