Samsung put a tough task in front of them when they decided to make the Galaxy Tab S6. Trying to make a 2 in 1 that can compete with Apple’s iPad line has made many competitors quit. The Galaxy Tab S6 stands as a contender though with the backing of a quality brand like Samsung. As a graphic artist or just someone trying to get work done this tablet succeeds in many areas.

At the same time, the areas where it fails will probably keep you searching depending on what you seek. In this tab S6 review we get all the details to help you make the right purchase. 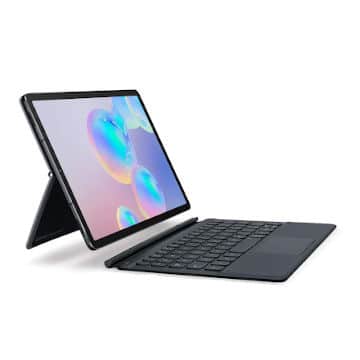 Matching its pedigree quite well the first thing we noticed in our galaxy tab review was how nice this model looks. With a super-thin bezel and silver case, you can forgive them a bit for modeling after a certain other tablet. As nice as the design looks, however, you will also notice quickly that a keyboard isn’t included. For a product that sells for around the $650 range spending another $180 is a steep ask for that addition. This is just something to keep in mind if you wish to make full use of its 2 in 1 capability. 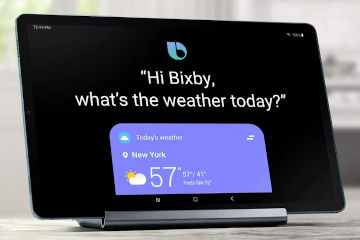 The highlight of this machine is its 10.5 inch OLED HDR display screen. It delivers excellent visuals with striking colors and darks that are full of depth. It even has a backlight for brightening outdoors. You won’t find many better tablets for watching a video with a pixel density compared to the iPad Pro. The screen has a built-in thumbprint scanner for easy access.

Sadly the use of an optical sensor in combination with the night time blue light sensor makes it useless in the evening. The 16:10 aspect ratio gives you a nice widescreen for watching a video. It struggles with productivity a bit as you’ll get less working area than the more common 4:3 aspect ratio. The 1600 x 1080 resolution allows for high definition work but you might need to adjust when moving between displays.

In our Samsung galaxy tab s6 review we found the speakers to be one of the most stellar aspects of this tablet. With four Dolby Atmos-enabled speakers, the sound quality is quite spectacular for its price point. There isn’t a headphone jack however so you will need a USB-C dongle or Bluetooth headphones if that’s an issue. Even when compared to the much pricier iPad Pro the S6 sound stands strong.

Samsung chose to go with a Snapdragon 855 processor for the S6 and that was a pretty solid choice. You can choose between a model with 6GB of RAM or 8GB. You can also pick between a 128 and 256GB storage unit as well. Our test was on the lower end of each spectrum and still found no issues with performance. Even when multitasking you can expect a responsive experience.

You can find more power in the battery life of the Galaxy S6 Tab. Capable of lasting through an entire day of work while running taxing processes the battery is strong. You will want to keep at it though until you are done. While it won’t be an issue every day the standby life isn’t great. You can expect it to be dead when you pick it up unused a few days later.

Making the right moves is nice and easy with the S pen that is included with the Galaxy S6 Tab. If you’ve used an S pen with a Samsung phone you will find this one quite similar. It is a bit thicker, however, and it doesn’t have the small storage silo of the phone’s version.

The charging works similar to EMR though you will have to dock it on the back to charge. The S pen has all of the normal features you can find with the phones.

This includes taking photos remotely, translating languages, customizable options, and more. The new Samsung S pen is capable of precision pressure sensitivity up to 4000 levels. It’s definitely one of the best tablets for drawing.

In short, the Samsung Tab S6 does have the ability to replace a laptop. You won’t necessarily want to, however, as the productivity isn’t too comparable. With the need for a keyboard and an interesting choice in the resolution, you might question your choice. If watching media is one of the main reasons you use your laptop though the Tab S6 might be perfect.

Yes, but only in a certain situation. You can use the Galaxy Tab S6 to make and receive phone calls only if used with a Samsung phone. This feature only works with Samsung phones and doesn’t offer the same level of connectivity features found in Apple Ipad’s.

The Samsung Galaxy S6 Tab is one of Samsung's newest entries onto the tablet market. Hoping to take the crown away from the iPad Pro this model offers a beautiful 10.5 inch OLED screen. The price is also respectable around the $650 range making it a nice amount less than the competition. With an additional keyboard, the price creeps up to around $800.  With S pen included for the stylus users have considerable access to features and functions with a few short strokes. The 16:10 aspect ratio and stellar Dolby Atmos speakers make this a great table for watching media. The funky ratio can affect how easily you are productive though especially when converting windows between screens. This tablet is a nice all arounder that doesn’t excel outside of its sound and video.

PROS
CONS
User Rating: Be the first one!
SaveSavedRemoved 0

How To Make Wine From Fruit